Not surprisingly retailers are a litttttle leery signing new leases in the midst of a pandemic. Even with businesses beginning to open up across the country in May and June, there are still too many unknowns out there. 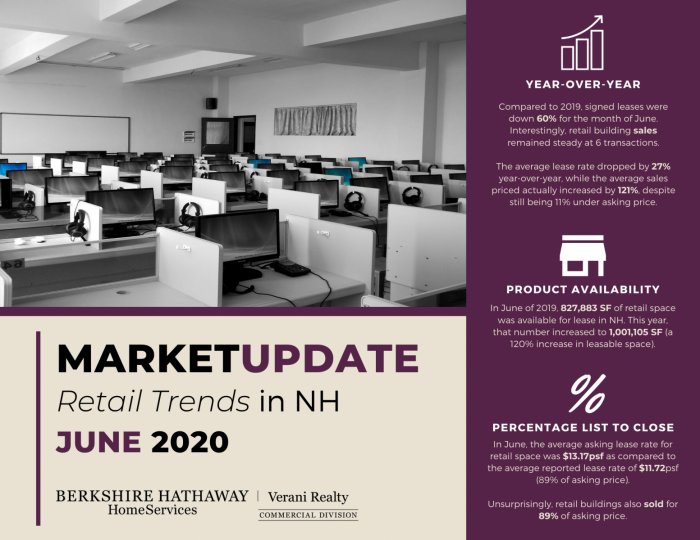 Among those questions are:
- Will we forever be limiting the number of people in our stores at any given time?
- Will restaurants always need to keep tables 6' apart from each other?
- If they DO need to keep tables 6' apart, will they financially be able to serve fewer guests in the same space or will they have to commit to larger space to accommodate the social distancing requirements but serve more guests?

Only SIX retail leases were signed in NH June compared to 10 in June 2019. In addition to fewer leases being signed, the value of those leases also decreased year-over-year by 27%. There were also 6 "retail sales" in the state in June. We dug a little deeper into these to see what was selling.

From our research, we learned that the majority of those reported sales were mixed-use buildings in smaller towns that functioned as country stores and owner-occupied/apartments. These included properties in Portsmouth, Tamworth and Tilton.

What do you think the future of retail looks like in New Hampshire? Let us know!